saprophytic said:
I might as well join in on this.

Older picture from last november when I was in Punta Cana, Dominican Republic.
For the record, i'm not normally clean shaven/so handsome.
Click to expand...

Oh i never checked this thread after Brad's post.

Rugged man! You should be modeling aftershave.

Alright here's a recent one of me:

I can put up a pic of me from the movie i was in (no, dont let the ass picture posted earlier scare you, no foreshadowing here), but not form work. As I have yet to host the image.

You can find the movie (a 7 minute short) at google video, its listed under :

here's the google video link of the entire film (only a 7 minute long short film, kinda a fun extra feature, that will be a part of a larger "world" in other monkey rodeo films.)

This is me in front of, what is obviously a fountain.

This is me and my boyfriend.

oh yeah, you have lost some weight. Wow.. o.o

You know, you like kind of familliar. I don't think I could have met you (I live in New York state, so I'm pretty sure I haven't) though. Weird.

That was moderately entertaining.

yeah its only a side-show (kinda like a bonus film) meant to accompany the feature film "The Monkey Rodeo:Malice"

some other film's in the series are "bimbo zombie killers" etc.

It's a labour of love more than anything. Was sooo much fun getting monster make-up put on

I know people have wanted a picture of me for a while. For a long time you never saw anything, but events have conspired to make the situation right for me to finally upload one. So, here you have it:

This will require some explaining (unless you're Brad, in which case I'm just repeating myself).

I've been pretending to be female online since 1999, and I've done bloody well at it I think. But technology has moved on, now we have Skype and YouTube, so it's become harder and harder. Combine that with increasingly personal relations online, and things came to a head back in June.

I've always had a strong element of gender confusion, and came to the conclusion a while back that I'm a transsexual (after a conversation with a psychiatrist, she seemed convinced as well, though that's not a confirmation by NHS standards, so I'll be doing more of that) and after that decided that people needed to know the truth about me. This is a bit ahead of my former schedule (I thought more like 2010), but whatever. Now it's done.

I've also made a YouTube video (see below), so you know what I sound like as well now. The talk of a webcam is serious, I hope to have one and be making good use of it within a month or two.

I mean seriously why since we've had theothermoogle and a few others I can't name offhand that were gay and no one cared. It's not a big deal here for I guess everyone here.

Not mad or anything it's just that you didn't have to.

Simple really. People think of me as male in real life, I wanted somewhere were people would think of me as female, and treat me as such. The online environment was the only place with enough abstraction between me and everyone else to make that possible.

That need gradually faded with time, but then inertia takes over. Once a lie has existed long enough to become an alter-ego with her own description and backstory, she becomes harder to kill off.

Lillymon said:
Simple really. People think of me as male in real life, I wanted somewhere were people would think of me as female, and treat me as such. The online environment was the only place with enough abstraction between me and everyone else to make that possible.

That need gradually faded with time, but then inertia takes over. Once a lie has existed long enough to become an alter-ego with her own description and backstory, she becomes harder to kill off.
Click to expand...

Huh. Well...fair enough. Wow though. I certainly didn't expect something like this to occur tonight. Honestly, I wouldn't have guessed (though of course that was kinda the point).

Also, may as well finally post a picture of myself. I don't have many good ones, and someone is borrowing my camera at the moment (I really wish they'd give it back ) but here's one from my webspace over at my blog: 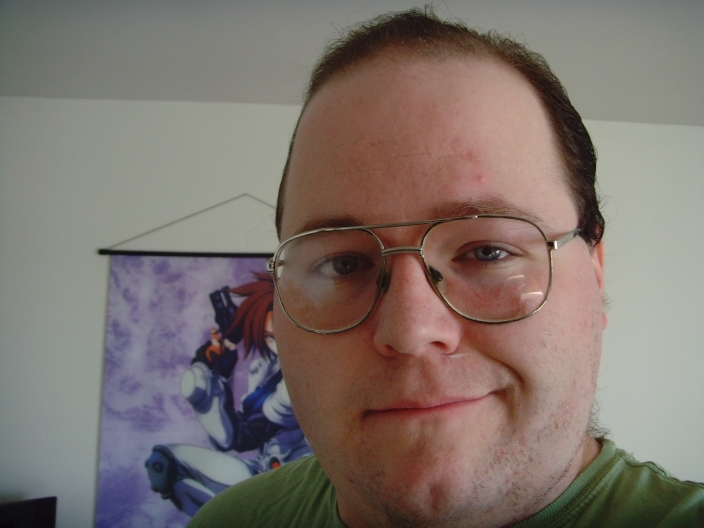 See, this just shows you really don't understand. At first I had the same thought about it, but when you really think hard and deep about it (as I did) you realize that Lillymon was being honest, because he really feels that deep down he is a woman. By portraying himself as a woman, which is how he feels on the inside, he wasn't exactly lying. I mean sure you can get into the technicalities of it (he has a penis! etc), but from a personality perspective, he is female.

That's very interesting I've never heard of anyone doing that before, I completely see why one may do so. O.O

Yeah. I don't really think of Lilly any differently actually. For me it's just more like "Wow, really?" As I was saying, I really had absolutely no idea. I might be a bit confused on gender pronouns though, now that I think about it.

Weird, for a second I thought you were referring to me. lolz

FleshCage said:
Weird, for a second I thought you were referring to me. lolz
Click to expand...

Just one letter off, hehe.
S

Lillymon said:
Simple really. People think of me as male in real life, I wanted somewhere were people would think of me as female, and treat me as such. The online environment was the only place with enough abstraction between me and everyone else to make that possible.

That need gradually faded with time, but then inertia takes over. Once a lie has existed long enough to become an alter-ego with her own description and backstory, she becomes harder to kill off.
Click to expand...

Well I've never told anyone but when you first started posting from your style I actually thought you were female but possibly a lesbian. I never suspected you were a man but you were more logical and to the point than most women in your postings. The other possibility which is the one I ended up believing was that like some men that were highly intelligent which was the way you always came off in your responses you were a very intelligent woman that was just less emotional or repressed her emotions and logic and fact were your bread and butter.

This is something I just took for granted after a while since you've never acted like someone your own age and after what you told us here in the diaries a few years back about your life when you were younger I assumed you like myself when younger were disappointed in the world in general and took refuge in books and learning.

I will admit I would have never guessed you were a man but I never thought of you as a girl either or better yet a girl of the age you said you were when you first joined since the emotional seesaw of a very young girl was missing in your responses. I just considered you super smart like Brooke "inuyasha's ex" without the emotional releases girls have. Very controlled behavior was how you appeared, and I also wondered how you could always unless someone really did something mean or something that would piss you off control your emotions so well but this would explain it all.

Well whatever you do I'll still think you're Lillymon. Not the girl but the intelligent person I've known here and at EP for years and respect.
G

Lillymon said:
I've been pretending to be female online since 1999
Click to expand...