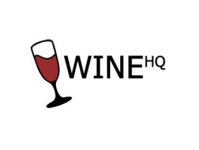 ​
Wine version 6.19 for Linux has been released:

Here it is the official announcement:
URL: https://www.winehq.org/news/

"Wine (originally an acronym for "Wine Is Not an Emulator") is a compatibility layer capable of running Windows applications on several POSIX-compliant operating systems, such as Linux, Mac OSX, & BSD.